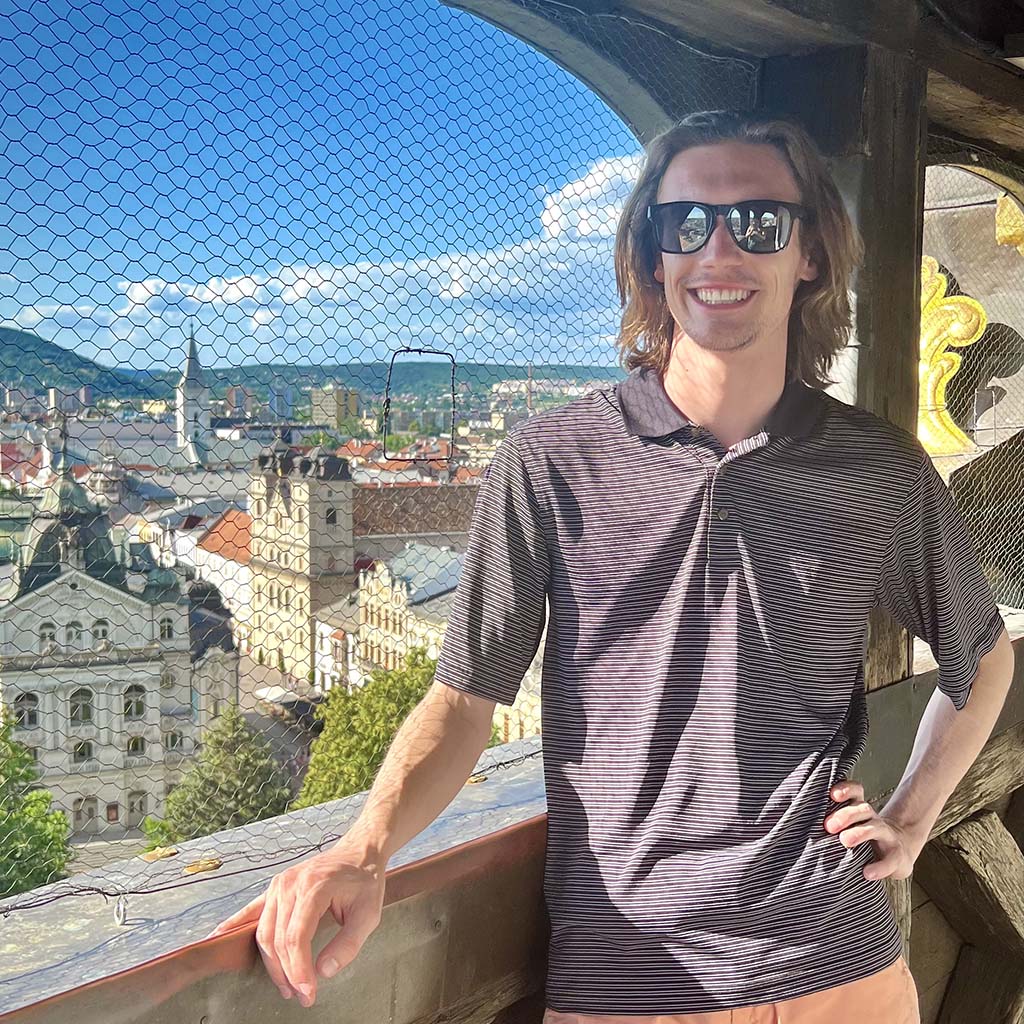 Anthony is a passionate music educator and multi-instrumentalist originally from Northeastern Pennsylvania. His appreciation for various musical genres is vast, his personality is down-to-earth and empathetic, and his teaching style is accessible to any music learner! Growing up in Dallas, PA, Anthony began taking piano lessons at 7 years old and trombone at 9 years old. His early, obsessive passion for music soon revealed his ability of perfect pitch, which allowed him to pick up and learn a multitude of instruments on his own, well before a career in music was even a thought. As his three younger siblings got older, they would cover the basic rock band spread and learn to play classic and contemporary tunes together on the guitar, bass, drums, and piano. Anthony's first big performance opportunity came at age 13, playing trombone during the halftime show of the Chick-Fil-A Bowl in Atlanta, GA. In this high-school-age span, he taught himself the guitar, drums, ukulele, saxophone, trumpet, and other miscellaneous instruments. After graduating high school, Anthony went on to pursue a degree in Music Education at Temple University in Philadelphia, and studied trombone under Dr. Paul Bryan at The Curtis Institute of Music. Aside from being a member of the Symphonic Band and University Singers at Temple, he was also a member of the Diamond Marching Band and performed at collegiate bowl games in Maryland, Florida, and Louisiana .Anthony is also a long-time participant of the Pennsylvania Lions All-State Band and has performed on trombone at Lions Club International conventions in Toronto, Chicago, and Las Vegas. Since 2019, Anthony has been teaching music full-time, and is most recently coming from leading a guitar ensemble at a high school in Exeter, PA. Aside from music, Anthony is a big baseball fan, he loves dogs, camping & traveling, skiing & biking, and astronomy. Anthony loves working with students that are excited to learn new things, and can work with a student coming from any level of musical background! His style and teaching methodology prioritize the importance of ear-training and considers all areas of musicality when learning to play. He aims to instill in his students the same joy and enthusiasm for music he found when he was younger, and shape his students into an improved version of themself through its benefits.