Contact us today to get your first lesson free! In person and remote lesson options are available! 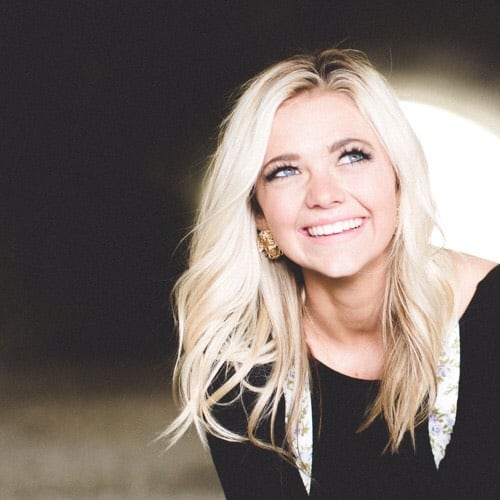 Kenz Hall was born in Salt Lake City, Utah, she spent her childhood in Pittsburgh, Pennsylvania and has lived in Draper, Utah for the past 11 years. She has many talents, passions, and hobbies. Kenzie loves special effects make up, traveling, to sketch, play board games, and watch horror movies and Shark Week. She describes herself in five words: Stubborn, Sassy, Driven, Introvert, and Independent.

As a child, Kenz started out dancing. She loved being on stage and sharing her skills, but it was clear dance was not her passion. Kenz was born to sing. Kenz took every opportunity to get on stage and belt out her favorite song. When she turned ten, she began guitar lessons. Her guitar instructor called her an “quick learn and a joy to teach”, stating she was one of his favorite and most talented students. The guitar completed her package.

Kenzie’s vocal and guitar skills finally caught the eyes of others in 2013. She won the title of “Alta Idol” and “Draper Idol”. She recorded and sold on iTunes a five song EP “Hands On”. She has shared the stage with local musicians like Foreign Figures, Ryan Innes, Midas Whale, Stuart Edge, James Dawson VIII and Ryan Shupe. She has performed at Sundance and has opened for well-known musicians like Dan Reynolds from Imagine Dragons, Truman, Don McLean, Aaron Carter, Reba and Joshua James. She enjoys appearing on local radio and television stations to share her music.

Kenz became a fan favorite after auditioning with John Mayer’s “Gonna Find Another You” on American Idol Season 13. But rapping Macklemore’s “Can’t Hold Us” during Hollywood Week made her a household name. She made the Top 15 Girls. She describes her time on American Idol as a blessing. “Performing for Jennifer Lopez, Harry Connick Jr. and Keith Urban, and working with some of the industry’s best was a dream come true.” When asked what she took away from the experience, she said, “I learned to always trust myself. Make a decision and commit to it. Nobody knows me better than me. Listening, learning, and growing as an artist is important. But at the end of the day, I learned I was better off trusting myself”

Her music inspirations include Adele, John Mayer, Eva Cassidy Ray Charles, and the Beatles. She enjoys singing Folk songs, Blues, and acoustically covering any song she hears. She has a unique voice with an unexpected power and hopes to one day see her name atop the Billboard charts. Kenzie Hall released her first full-length self titled album in September 2014 and had one of her original songs featured in the recently released movie Once I Was a Beehive in 2015.

Music is where her heart is. She says being on stage is where she feels most at home… “the vibe and energy the audience gives is unmatched.” Kenz lives by the motto “STAY RAD” encouraging others to figure out who you are and then STAY that way. “No matter what the outside world demands or wants from you, always stay true to yourself and your beliefs.”